The changing role of libraries into maker spaces and 3DBear AR

Libraries have a fundamentally important role in modern societies. In fact, historically libraries - as well as schools - have been the early market for disruptions. Think of Augmented Reality (AR) or 3D-printing today or personal computers (PCs) in the 1980s.

Modern libraries are establishing themselves as hubs for lifelong learning and partners in education. There can be several student groups coming to a library per day. When those students arrive, they need well thought-out and pedagogically sound content, linked to curriculum, that can be run through in a limited time frame (typically 2-3 hours) and that is also fun and engaging. Many libraries are also offering summer programs to children when schools are closed for holidays. Leading edge libraries host STEM clubs, tech rooms and even turn themselves into escape rooms.

When talking of students, it is not just children, but in many cases adult people who attend, say, training in 3D-modelling and 3D-printing in libraries. 3DBear has held many such events in libraries around Finland and abroad. As an example, check out our upcoming workshops in Kirjasto 10, the main library in Helsinki, where students make their own drones, which is such a cool and engaging activity to do.

Many libraries are turning into maker spaces and many of them have several 3D-printers. Typically users would come in, browse for some fun stuff in Thingiverse, such as mobile phone covers or key chains, take the ready-made model with a few tweaks and start 3D-printing. That is all good and well, but the problem with such an approach is that there is very little learning involved, after the first time rush of learning to search for and 3D-print models.

What we have done in our 3DBear AR -app - that can be freely downloaded from Apple AppStore and Google Play - is to allow library visitors to upload their designs from Thingiverse and visualize them in AR! And check out our free lesson plans as well, linked to curriculum in Finland and US (and more to come based on ever growing demand).

At 3DBear we are all about creativity and learning. We believe in the maker ethic that the most valuable learning comes when a child is actively engaged in the process of designing and making; that is, learning through making.

Libraries have a fundamentally important role in making the maker ethic come through. They provide access to technology and a platform for learning and publishing. Libraries also function as incubators for new ideas. In fact, the story of 3DBear is a good example of this, as our very first trials for 3D-printing own toys were done in Kirjasto 10, in Helsinki. After those tests we went to talk to the leading professor in Finland in 3D-printing, Mr Jouni Partanen, at Aalto University. Jussi Kajala, one of our Co-Founders, met Pekka Salokannel, our Lead Designer and Co-Founder, for the first time in a 3D-modelling course in a library. So without access to technology, opportunity for learning and access to leading knowledge in libraries and universities, companies like 3DBear simply would not exist.

In fact, I have used this analogy that modern day libraries are like the famous Parthenon temple in Ancient Greece, where a modern day Socrates can accidentally bump into an Elon Musk and/or Pekka Salokannel and new ideas and wisdom emerges.

Librarians have an incredibly important role in a modern society to facilitate such encounters. It is a role that is transforming and we do not know exactly what the end state will be. And the role of pioneers is not always easy. At 3DBear, our mission - and in fact my personal passion - is to help libraries and librarians to succeed in that role.

If you want to get started with more pedagogic content in libraries, go and check out the free 3D-models - designed by Pekka Salokannel - at the end of our Product pages: start with Parthenon and the golden ratio calliper. Do you notice that the Parthenon is in Golden ratio and what else can you find around you that is in golden ratio?

What essential service should modern day libraries be offering in your opinion? Send your ideas to support@3dbear.fi. We will reward the best answer.

Author Kristo Lehtonen, is the CEO of 3DBear 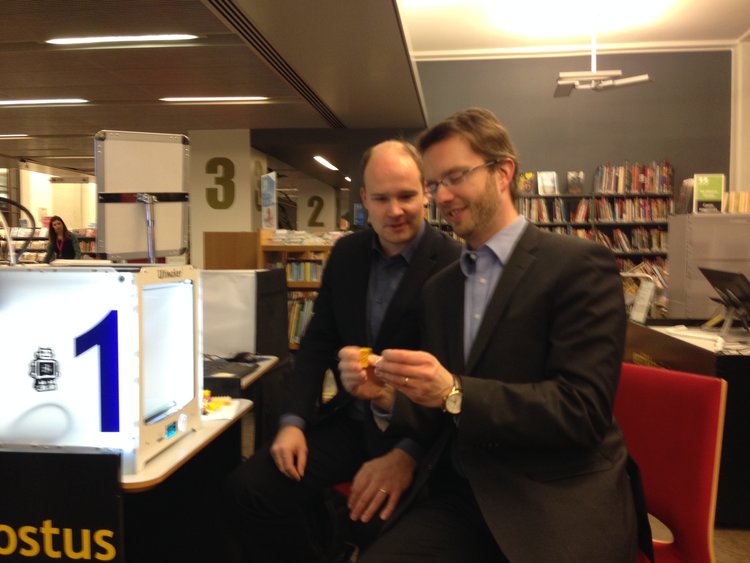 The moment when 3DBear got started 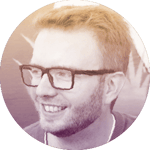