In today’s world of education, there have been a plethora of discussions about 21st Century Skills, and how important it is to have our students equipped with them. In Finland, these skills are called Transversal Competencies, which particularly focus on the competences that cross the boundaries of individual subjects and aim to link different fields of knowledge and skills. But no matter it’s 21st Century Skills or Transversal Competencies, they can be all boiled down to a group of words known as “4C Basic Skills”, i.e. creativity, critical thinking, communication and collaboration. 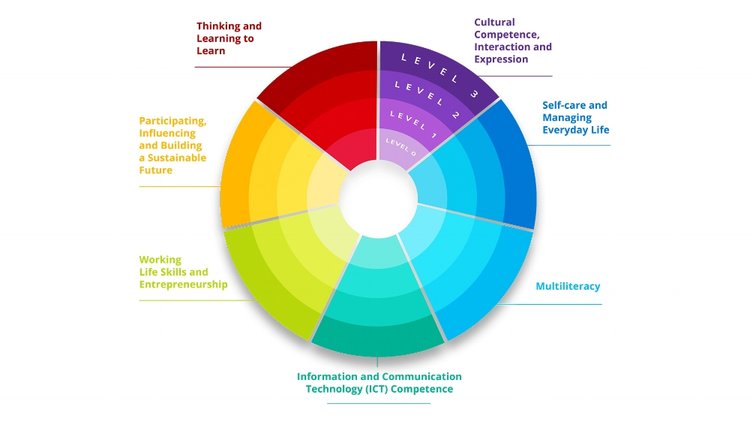 At 3DBear, we believe that Augmented Reality and 3D-printing are beneficial in helping students develop these essential new basics. Here are how 3DBear AR makes them happen:

3DBear AR empowers student-centered learning process. Students are the owners of their learning, they are free to decide how they would like to complete the learning tasks. All of our lesson plans provide open-ended design challenges, and there are multiple ways to approach to these challenges. During the class, students are encouraged to brainstorm as many ideas as they can before choosing one as their ultimate solution.

The learning content of 3DBear AR lessons are interdisciplinary, which demand students to look at problems from different angles. In order to make smart decisions, students need to make connections to multiple subjects and ideas. For example, the Redesign Your School lesson presents students with a real-world scenario and ask them to identify possible issues or problems in their surroundings. By posing students as problem explorers, we are actually encouraging them to think critically while identifying needs and opportunities from different perspectives.

3DBear AR allows users to communicate themselves in a visual way, students can share their thoughts, ideas, solutions and creations using Augmented Reality. We are especially proud of the fact that the app is such a powerful tool for students who are not good at expressing themselves verbally. In the majority of our lesson plans, we have included various activities that require students to show their understanding of a concept or idea using AR, then engage them into discussions to further enhance the learning process.

3DBear AR aims at creating a shared classroom. All of the class activities invite students to work together in achieving shared goals. When students work in teams, they learn to collaborate, negotiate, and resolve conflicts. These skills support their social and emotional development and prepare them for the success in future workplace and life in general.

A classroom in the U.S. where the students are using 3DBear AR to restore a virtual Machu Picchu.

In addition to the “4C Basic Skills”, 3DBear AR is a good medium in assisting students developing ICT competence. Through the different lessons, students will get familiar with the emerging technologies like AR and 3D-printing; also the use of digital devices creates many opportunities for students to make their own thoughts and ideas visible in unique ways, thus developing their thinking and learning-to-learn skills.

From a bigger picture, it’s not about math, science or languages, 3DBear cares more about our students grow as a human being, cultivate their necessary skills for building a sustainable future.

Disruption is coming to the toy industry

Some time ago I was speaking at StartUp school fire side chat event for startup CEOs here in the capital region of Finland and their opening question was: ”Why did you become an entrepreneur? What was your vision when you started your business?”

That is a brilliant question. The answer is quite simple.

I wanted to become an entrepreneur, together with the incredible team at 3DBear, so that in the future children of the world can design and make their own toys.

I have been buying toys for my own children and as gifts for other children for years. Whether you are a parent or not, we have all been children once. Think of the toys from your childhood that you recall to this day. The ones you recall are most likely not the rather expensive plastic toys that someone bought to you. For most people – I have noticed – that is not the answer. Those are rather easy to forget.

Did you ever make that little toy ship out of bark as a child? Or the wooden horse? Chances are that you still have it somewhere on the shelf of your parents’ home or the like.

Chances are that such a simple toy you made yourself is much dearer to you than the multitude of expensive plastic toys that you got for your birthday. Most of them were a temporary pleasure, soon forgotten at the back of the drawer. The toys you invented or participated in making with your own hands, those are the once you remember and cherish to this day. At least that is the typical answer.

What we would really want to achieve at 3DBear is that one day toys are designed and 3D-printed, not just consumed. In addition, all of us should be able to recycle used toys, too. 3DBear is working hard to that end. We are going to publish an open source plastic recycler soon. This recycler will transform used 3D-prints into new raw material (filament) for 3D printers.

Make no mistake about it, 3D printers, creative children and recycling of plastic will mean a huge disruption for toy industry.

What is holding back this vision? Well first and foremost the forces of the established order.

Think about it this way: we have multibillion companies out there making their money from selling toys (and other such objects) made out of plastic. And the plastic is made out of oil, even when renewal sources for plastic would be available. It turns out that these establishment toys are made out of the same type of plastic that can be 3D printed with the most popular 3D printers.

These establishment companies will not even consider those options as they are selling the toys at huge margin and dislike anything that would reduce their margins. In addition, the financial incentive of these gigantic companies is to sell huge volumes of these injection molded plastic objects. If you or your children were able to create your own toys, that would mean you would not need their designs. And they certainly do not want you to recycle your toys, as that would prevent them from selling you more.

And let me be clear, I do not mean 3D-printing something that violates someone else's IPR rights. I mean sparking the curiosity and creativity of our children, so that they can create themselves whatever they want, 3D-print it and when done playing with it, recycle the plastic.

As Sir Ken Robinson has noted, human life is inherently creative and curios. It is the common currency of being a human being.

Today's toys are too polished, too pre-assembled, too clinical. As a result, our children are passive consumers. These toys do not spark curiosity or creativity.

Our children should be able to live in a creative and sustainable society, not just at the receiving end of a passive, wasteful and expensive consumer model.

This would pave the way for a transformation: away from consumption of disposable objects towards enjoyment of experiences.

In essence this is the next step of digitalization: the digitalization of objects. That is, you can create (= model in 3D), print and enjoy your toys when you want.

The creative process itself is as important as the result. And when you are done with using the object, you should be able to recycle it.

This vision starts with us equipping our children with the 21st century skills for 3D thinking.

That is why I wanted to become an entrepreneur.

Author is CEO of 3DBear

3DBear is operating at the cross section of 3D-printing, pedagogy and gamification. Sometimes I have been asked that which of the three is foremost.

The answer is pedagogy. Period.

Why is that? Well, because we create value for teachers. The fundamental need we are fulfilling is teaching the skills of the future. Our nice is 3D printing. We make it so easy that any teacher or student can 3D-print. We make it into child's play.

It all starts with teachers. Yes, we want to have brilliant and engaging games, too. Yes, 3D printing is our "thing", but not at any cost. Only if it adds value.

It all starts with teachers. 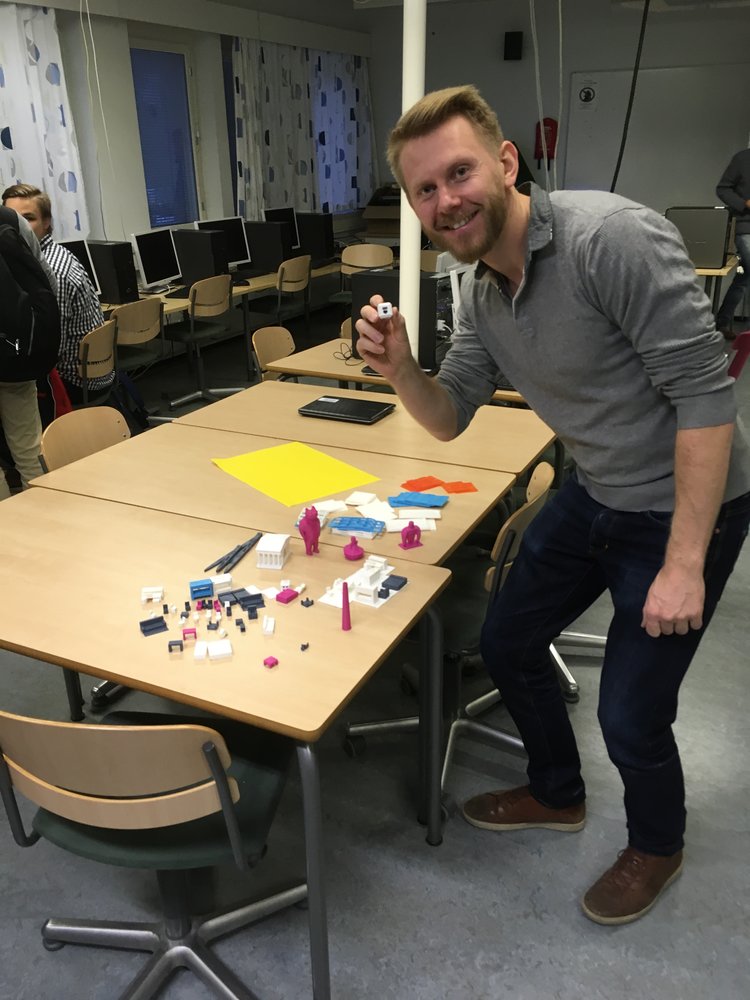 This week we had a great session with Pekka Peura, a forerunner teacher in new teaching methods in Finland such as individualized learning (yksilöllinen oppiminen).

We are constantly learning from all the schools we are in. We release weekly. We aim to maximize the speed of learning. Check e.g. our Twitter feed to see more action at the place where the magic happens: at the schools.

Finnish teachers are the best in the world and they have some great ideas. And students too.